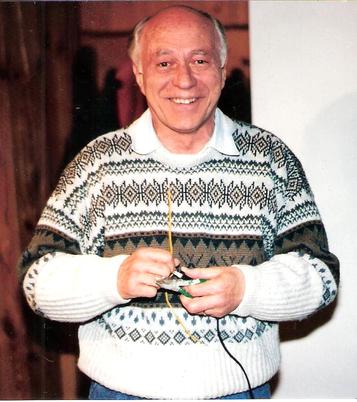 Today, I am writing a remembrance for my friend Hugo Britschgi who died Sunday, January 20th, 2013.

Hugo Britschgi was among the most influential people in my life. We worked together in one capacity or another for 30 years, and his attitudes about business, keeping busy, and living life have had a profound effect on me. I have admired his many good traits and strengths and tried to emulate them. I was a foreigner and he chose to really let me into his life. We mentored one another, coached and supported each other, sometimes criticized one another, and shared each other’s triumphs and tragedies. Now that sharing ends, at least in this life. And I sorrow at this thought.

Hugo was one of those truly rare, exceptional people that you seldom meet, much less get to know. He was smart and wise, charming, stubborn yet flexible (yes both!), strong in mind, body and character, sensitive, had faith, and appreciated beauty in various forms. He was proud of his native land, and he delighted in sharing the sights and sounds and tastes of Switzerland with me, and I’m sure with countless others who visited with him.

One trait I especially admired was how he was always looking forward. Sure, he understood the need to know where we’ve been (in business and in life) and how we got there, but he would never dwell on the past. This forward thinking mindset coupled with his fierce determination led to some remarkable accomplishments, and I was fortunate to share a number of these with him.

Hugo was quite brilliant, and his ability to recall and apply his experience was one of the things that lead to success in the various projects we undertook. And his experience was broad, with expertise in design and engineering, manufacturing, assembly- literally anything to do with machines and their production.

One of the things we shared with one another over the years is a belief that work was a privilege. He enjoyed working, and especially enjoyed the creative parts of designing and building. He told me often that we wanted to work, needed to work, as if to say it was one of the things that fulfilled him in life. He never wanted to retire, not that he didn’t want to take time off and enjoy a holiday from time to time, but that personally he could not see himself as being ever retired from his business. And indeed this was to be the case.

Hugo Britschgi leaves behind a legacy not only in his business, but also in helping to launch two other businesses in MotterStitch, and FOLDEX Corporation. Hugo literally enabled MotterStitch to take its first order, and introduced numerous innovations still in use today. Indeed, stitching systems bear only a vague resemblance to the technology as he found it 27 years ago. And MPEL was a founding partner in FOLDEX Corporation, working together with me as we put together the project plan and the company structure to produce our first enabling order.

I think it was important to Hugo that his work live on. So we continue with MPEL and with FOLDEX with world class equipment. He’s set a very high standard for us to meet. I will miss him more then I can say.